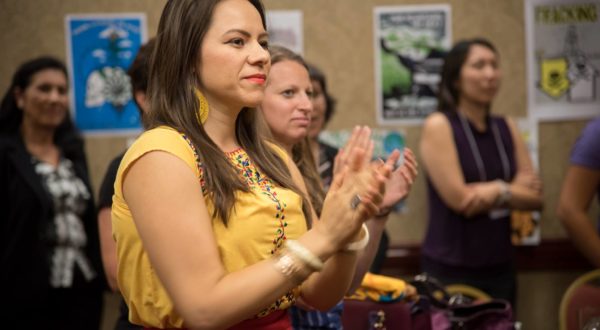 We build the political power of communities of color to advance environmentally and socially just policies in California.

END_OF_DOCUMENT_TOKEN_TO_BE_REPLACED

CEJA Action is proud to release our 2020 Environmental Justice Voter Guide. Click here for our positions on a key statewide ballot measures and 14 candidate endorsements.

END_OF_DOCUMENT_TOKEN_TO_BE_REPLACED 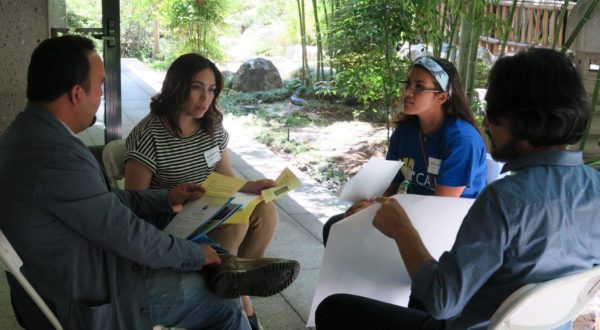 Learn more about why the environment matters to voters of color in California by reading these resources.

END_OF_DOCUMENT_TOKEN_TO_BE_REPLACED

Oil and gas safety buffer zones and community resilience investments lead the 2021 EJ agenda  FOR IMMEDIATE RELEASE – Contact: Isa Flores-Jones | isa@caleja.org Sacramento, California  | April 20, 2021 – On Tuesday, the California Environmental Justice Alliance (CEJA) Action announced its priority bills for the 2021 Legislative session. As the state enters the second year of the COVID-19 pandemic, CEJA Action is prioritizing a health and safety buffer zone between homes and to neighborhood oil drilling in California with SB 467 (Wiener and Limon), and critical investments in clean energy infrastructure with AB 1087 (Chiu).  CEJA Action is adopting supporting positions on SB 222 and 223 (Dodd),to ensure access to clean and affordable drinking water to low-income Californians; SB 342 (González), to add two environmental justice board members to the South Coast Air Quality Management District (AQMD); and AB 339 (Lee), to ensure that all local agency meetings are accessible to frontline residents. Read more about our priority bills here at ceja-action.org.  “California cannot claim to be a climate leader while it continues the dangerous practice of oil drilling next to where people live, work, learn, and play,” said Martha Dina Arguello, Executive Director with Physicians for Social Responsibility-Los Angeles

END_OF_DOCUMENT_TOKEN_TO_BE_REPLACED

In our vision of a Just Recovery, our neighborhood

👉👉Our #EJpriority bill is being heard now -

BREAKING - Our bill has passed out of the Assembly

Repost from @advancing_justice_atl: . . . As we co

We celebrate the election of former Assemblymember

Congratulations to @LorenaSGonzalez for her victor

From Nov. 3 until the end of the ballot counting p

We voted early, stood in long lines and drove for