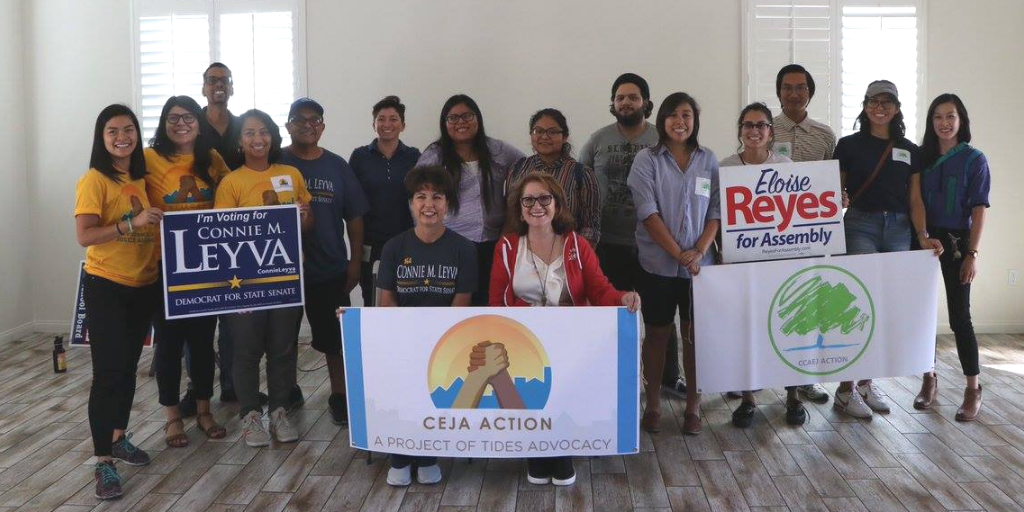 This election undeniably showed that every vote matters and that California’s election has national consequences.

Right now, the wildfires that sweep our state with ever-increasing intensity and frequency are the painful result of climate change — no question. Longer droughts and rising temperatures are making these record-breaking fires harder to fight, and the air is harder to breathe.  Northern California is blanketed with unhealthy smoke, Central Valley air quality continues to be the worst in California, and air quality in Los Angeles is the poorest with the most concentrated oil operations in the state. The wildfires have heightened climate and health impacts in environmental justice communities living and working at the frontlines of pollution.

Our communities worked hard to get out the vote and elect progressive leaders, and they now need Governor-Elect Newsom and our new representatives to prioritize climate and social justice policies and listen to communities who are advancing transformative solutions for resilient communities.

We’re proud of CEJA Action members’ work and the results we helped achieve this election. Together, we knocked on over 11,000 doors, made over 8,000 phone calls, equipped over 8,000 voters with English, Spanish, Vietnamese and Lao voter guides, and sent over 13,000 text messages to get voters to complete their ballots and get to the polls. Alliance members displayed courageous leadership to help make local and statewide victories possible in Alameda County, Contra Costa County, San Francisco, Kern County, Ventura County, Riverside, San Bernardino, Los Angeles and San Diego.

13 of 16 candidates CEJA Action endorsed were elected!  These candidates are proven leaders and people of color who won through a vibrant ground campaign. We congratulate all the elected representatives on their successful campaigns! 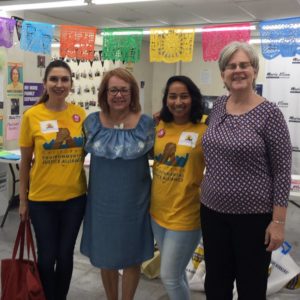 To keep California a powerful progressive force in the nation, we need leaders who refuse money from interests that are killing our communities, who put the health of their constituents before Big Oil, and who work in partnership with communities of color to protect those who are most vulnerable to climate change and overburdened by pollution. 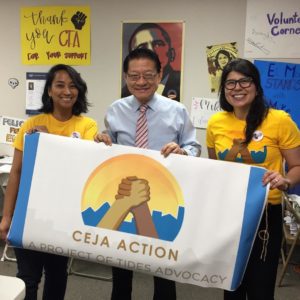 The Assembly will continue to have a Democratic supermajority, but will have a greater makeup of environmental champions. Even though there are deeply divided politics amongst the Democrats, the supermajority opens doors and will be needed in the face of a right-wing federal government.

5 out of the 12 statewide ballot measures landed in favor of CEJA Action’s supported positions. 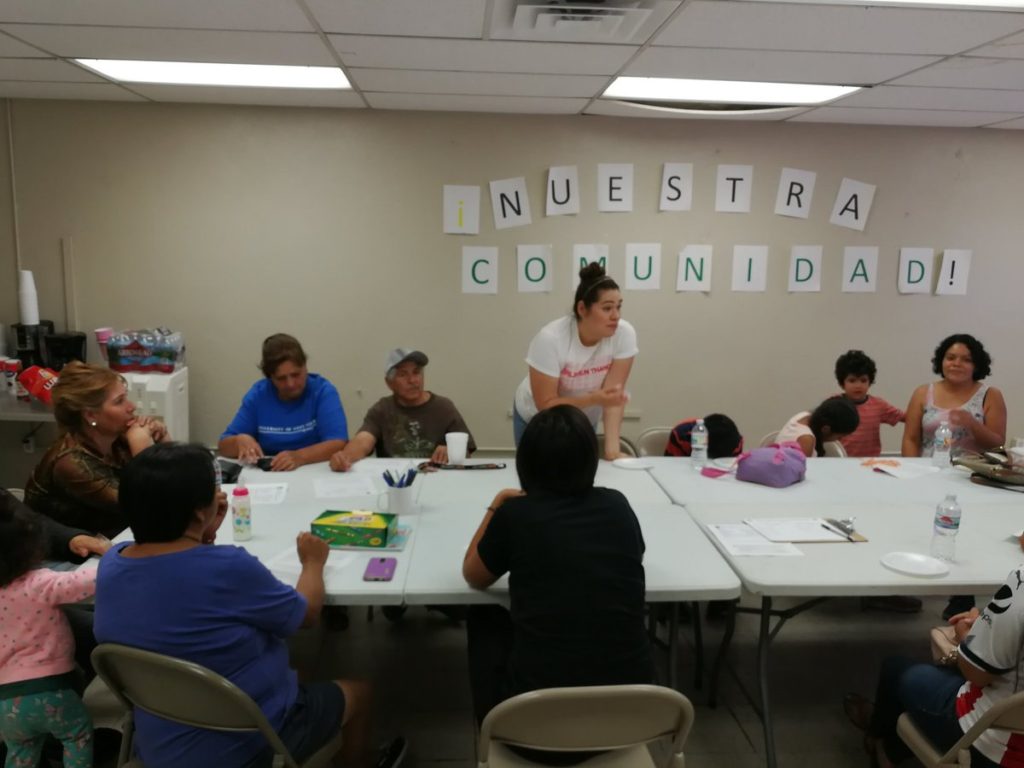 While a majority of Californians support rent control, corporate landlords and real estate groups spent $80 million on a campaign of misinformation and manipulation to defeat Prop. 10. Despite its loss, Prop. 10 created a broad coalition of voters, tenants and homeowners ready to throw down for rent control at the ballot and in the legislature.

Propositions 5 and 6, which would have cut funding for schools, local services, and public transit and road safety, both were defeated by large margins. Prop. 5 would have deepened cuts to education and social services, but we know that California can do more to expand funding for California’s schools and social services. Voters also overwhelmingly rejected Prop. 6 – the Republican-led gas tax repeal – sending a clear message that Californians are willing to invest in the public safety of roads and public transit. 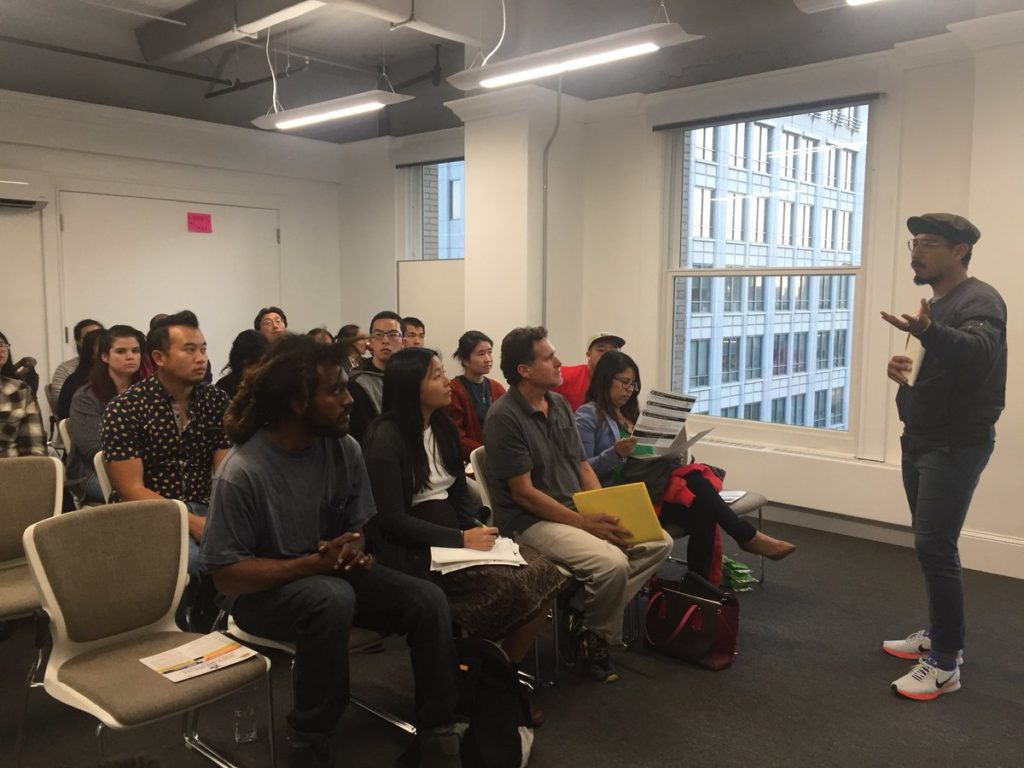 We also have many local ballot measure victories to celebrate: 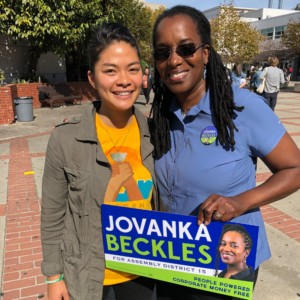 Moving forward, we will continue to fight for a state where housing is a human right, where investment is not fueled by gentrification and displacement does not follow investment, and where voters are ready to take action on policies that benefit poor and working families.

Whether win or lose, across the country, CEJA Action congratulates the bold vision and courageous campaigns of women of color, and queer and trans candidates of color, like Jovanka Beckles, who decide everyday to transform our world into a fossil-free, socially equitable future.

With the recent wildfires and climate inaction and denial at the federal level, our movement must continue to demand that our leaders make our state a true model of just, equitable climate policy.

California must protect our most vulnerable communities — low-income communities of color that are most impacted by climate change and have the fewest resources to safeguard our health and adapt to worsening conditions — while creating the most aggressive policies in the nation to address the root causes of climate change and inequality.

The climate crisis is only getting worse. Everyday we see attacks from the Trump administration on communities of color, the environment, and climate science. Now more than ever, California needs bold, transformative action and real climate leadership.

Our work to advance environmental and climate justice is more important than ever. Our challenge is to continue building our power, lift up community-led solutions, and build the infrastructure to create the national impact that will be so desperately needed. We hold tight to the vision of the world we want to create, and remember that now is the time to build stronger unity in our communities and our state!